In short, TOPCon and HIT achieve efficiency improvements through passivation to reduce the number of sub-surface recombination rates. The former uses tunneling oxide layers and HIT

uses intrinsic amorphous silicon film. The differences in the methods lead to the respective manufacturing processes, resulting in the difference in the commercial cost between the two. 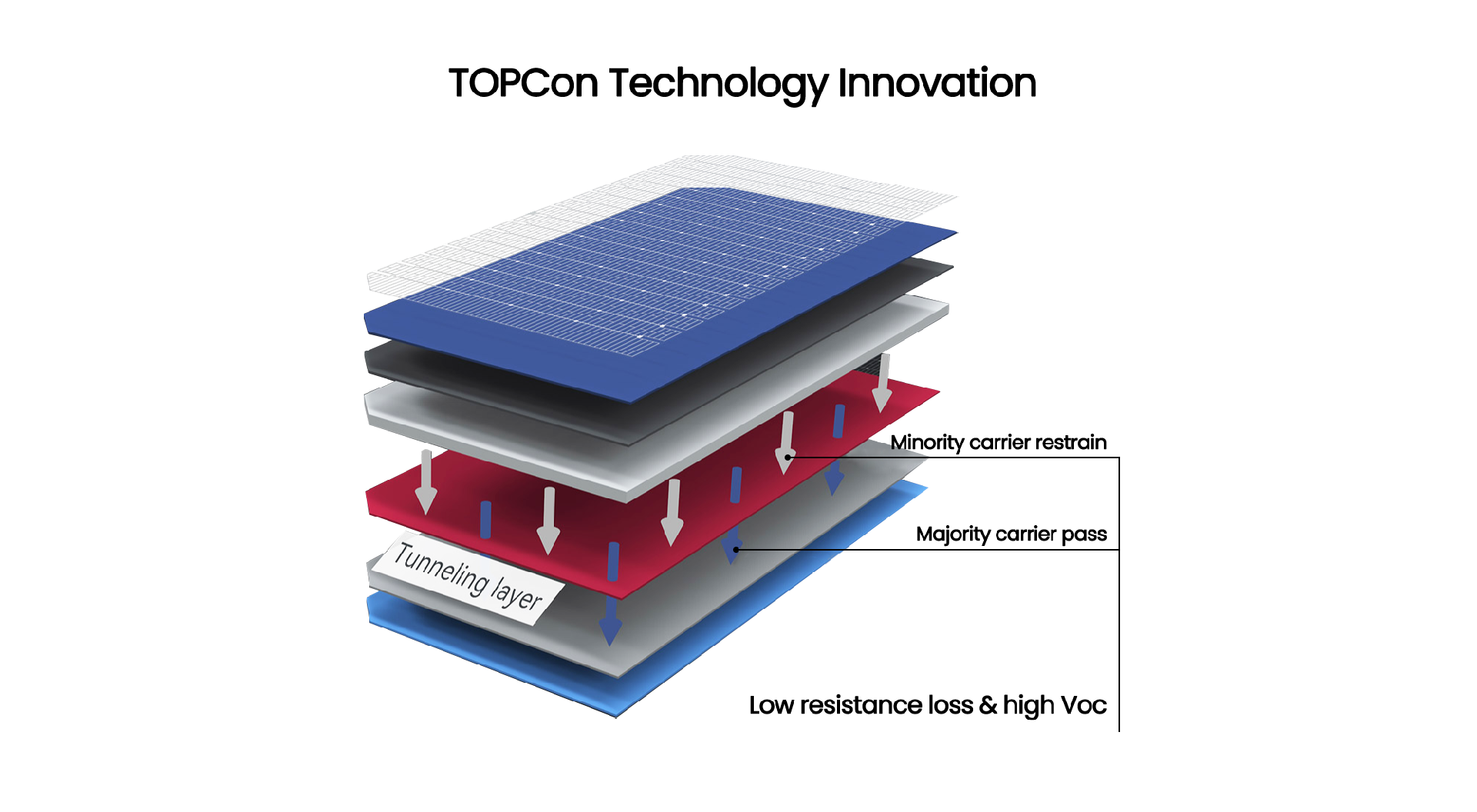