The bifacial factor or traditional PERC module is 70% while that of TOPCon module is modified up to 85%. The corresponding power gain is around 2.03%. According to the formula, the power gain of traditional PERC module due to the rear side power gain is 9.45% while that of a TOPCon module is 2 % more due to the 15% bifacial factor increase (under STC condition and average ground reflectivity). Cortex N-type power output will increase with the bettertemperature coefficient (0.75% higher compared with PERC）. Under the same external environment, Tiger Neo’s operating temperature is lower ( >1 % compared with the same specification P type ) and the heat loss is greatly reduced. Under high temperature condition, the advantage will further expand (~2% higher than P-type）. The power warranty can achieve 30 years compared to a traditional P-type module. The first year degradation is lower than 1% which means the power output at year 30 is guaranteed to be at least 87.4%. Power gain contrast due to the increase of bifacial factor. 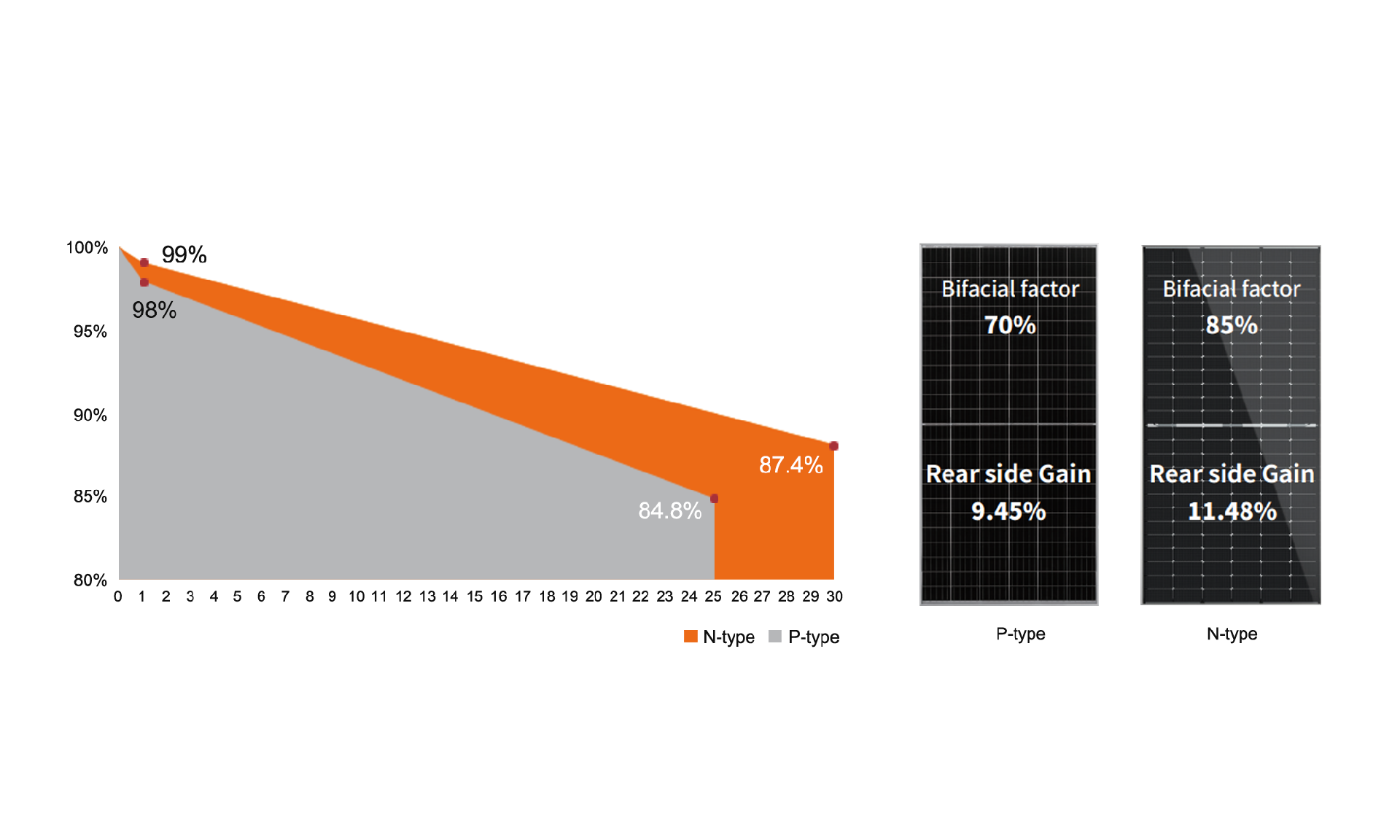